Every pencil holds a promise: "The Promise of a Pencil: How an Ordinary Person Can Create Extraordinary Change", Adam Braun 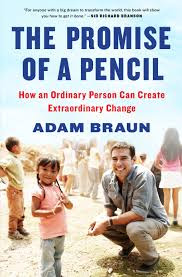 "The Promise of a Pencil: How an Ordinary Person Can Create Extraordinary Change" is:
1. The first nonfiction book I've ever read;
2. The first book for mandatory reading I've ended up enjoying;
3. One of the most inspirational books that exist out there.

"Every pencil holds a promise" - that's the fourth mantra out of the thirty different ones in the book. Everything starts with Adam Braun traveling through India in 2006 and asks a boy the same question he has asked other children in other countries before: "If you could have anything in the world, what would you want the most?"
The boy answers: "A pencil."
A pencil that is a portal to creativity for someone who has never been to school. The moment Adam gave this boy the pencil he had in his pocket, a whole organization was born - "Pencils of Promise". And it began with just $25.
Now more than 300 schools are built all around the world.

Not an ordinary book, I tell you. It brings positivity back to those who have lost hope, and celebrates happiness. It is written for those with revolutions in their hearts and dreams so big, they scare them a little bit. But that just shows these dreams are ready to become goals.
"The Promise of a Pencil" teaches its readers that they aren't too young to change the world because Adam Braun himself was in his late twenties when he started the organization.

“You may be safe, but I am free.' Take advantage of the freedom that comes with your youth. Inhale life, exhale fire, and embrace the late, sleepless nights, because that's when the magic happens- when everyone else is asleep and you're awake thinking about the world as it is, and the world as it would be. Make the most of those moments," I said forcefully. "And in the coming years people will tell you that you're too young to change the world. I'm here to tell you, that's fucking bullshit.” 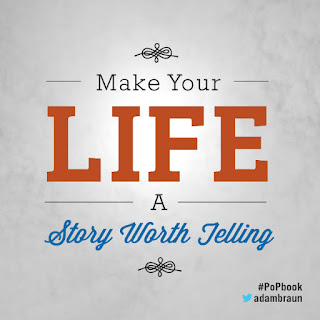 Email ThisBlogThis!Share to TwitterShare to FacebookShare to Pinterest
Labels: adam braun, happiness, inspiration, review, the promise of a pencil